TWO commercials have pricked my interest lately. The Cadbury chocolate commercial, by Oglivy & Mother, wherein triplets in their mommy’s womb sing about joy and the Telkom’s commercial, by DDB South Africa, wherein three babies are listening to an account of a fourth baby’s experience in his mother’s womb. By the time of the development of the present article there was a proliferation of commercials featuring babies which expands the baby as a prominent element or device within the architecture of an advertisement to help establish a product’s communication with the consumer. It is noteworthy to observe, as far as the settings in these two commercials are concerned; that while the Cadbury’s bulk content is delivered within the womb that of Telkom is delivered outside of the womb. Whether Telkom’s commercial was a response to that of Cadbury’s is another textual outing wherein we will have to probe the deeper genesis of conception of these two works, a pursuit similar to that of the chicken and egg question as to which came first. A task that could lead us nowhere in the face of scarce resources to could enable us to fathom succinctly the genesis of the two works, or in the face of abundance of resources we might just end up writing a long drawn thesis which, though enticing, is not necessarily our intentions.

A fact to observe here is that the two companies are concerned with totally different products. One is in Telecommunication business while the other is concerned with a Chocolate Snack. If, in a trivial pursuit, we were to suggest that the latter of the two commercials to use babies as a fresher way to market themselves stole the idea from the former then one could argue that Telkom have at least pushed the envelope further by moving outside of the womb in their iteration of the baby as a protagonist. Moreover instead of going with triplets which are undeniably related by birth Telkom chose to diversify their protagonists through culture and gender in order to have a broader appeal to the public’s interest. This by no means swat-thwarts away the efforts of Cadbury’s advertisement though wherein the verbal content is musical and takes place in an internal world of the womb, rather it shows how Telkom might, a big ‘might’ at that, have learned from Cardbury in order to engage the consumer in a deeper manner.  I would like to propose that we look at how the two commercials deliver their content in order to understand how their broader messages are suggested and enforced respectively.

A fact to observe here is that the two companies are concerned with totally different products. One is in Telecommunication business while the other is concerned with a Chocolate Snack.

This advertisement opens with a shot of an animated fetus within the womb. What is very peculiar about this baby is that it sings, snaps its fingers and kicks its feet as if ‘tapping’. Its appearance is preceded by the sound of a heartbeat. Soon after the viewer has marveled at the baby it is revealed that it is not alone. There are two more babies within the womb who also join in on the singing, forming the chorus: 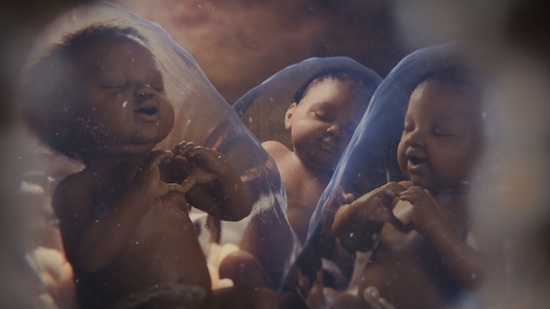 It must be noted that this song, an a cappella sung by the group The Soil, permeates throughout the advertisement. As the three babies sing and kick we become aware of the protective bluish-purple amniotic sac covering them. However we may not be aware of this interesting colour of the sacs until the shot moves outside the womb, as the babies gives the heart/love sign with their hand; remember the heart beat preceding the singing at the opening of the advertisement? The shot moves to the hands of a woman breaking the chocolate slab, it is their mother, heavily pregnant with them. A link is erected here – hands forming a love sign to hands breaking the chocolate slab.

‘You know I remember it as if it was yesterday but it wasn’t. It was 18 months ago. The worst nine months of my life!’ Nothing to do, no broadband, no wi-fi, no internet tv, no skyping or facebooking, no mobile phone, just lying around with the occasional kick to let mom know I wanted out. Now I am telling you guys it was so boring…

[Ha] the other babies gasp in disbelief

…But now with Telkom I’ve got all of those things. I can use the internet anywhere in the house. So who’s next?

At this point in the speech of the main speaker baby he pauses as he asks this question. Of three babies he has been addressing the two of them look at the baby with the yellow top. He protests, embarrassed

‘Not me, I don’t have a scary story’ and he shyly looks away. The main speaker baby responds by showing them a picture of him with three grannies glowing at him and then exclaims ‘Oh really, then explain this, it looks scary to me!’

The other babies laugh at him. The girl baby alerts them that they must keep quite since she can here mom of the baby in the middle, the one wearing a neckerchief, coming. The babies then all look up as a woman tells them ‘You lot are suppose to be asleep’. The main speaker baby pretends to collapse into a slumber making a somewhat giggling sound. As the advertisement comes to its closure the words ‘your life is more connected, enjoyable and then concluding with a familiar Telkom logo with the words ‘tomorrow starts today’ closes of the advertisement. The discerning viewer will realize that the two words hitherto stated – ‘connected and enjoyable’ are hinted to be taken out of the pool of words comprising of: entertaining, connected, fun, together, speedy, cool and happy. 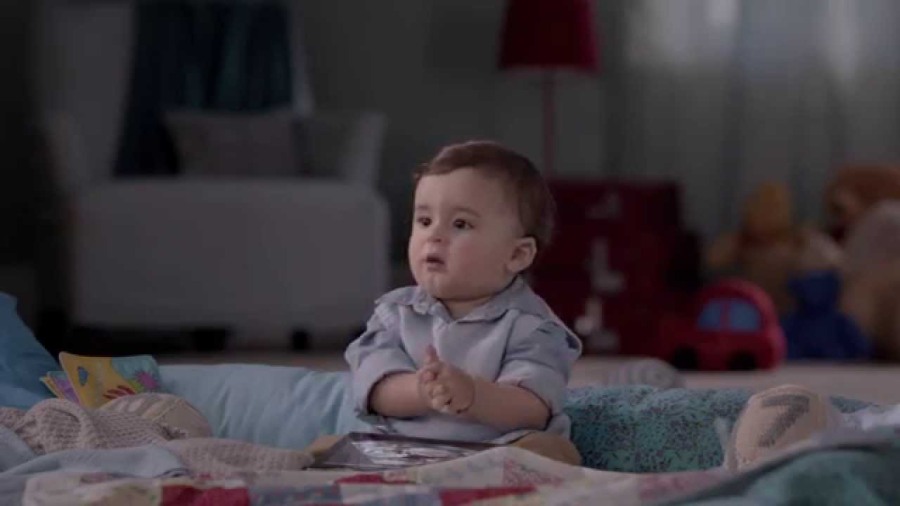 The setting of this advertisement is interesting in that it takes place in what appears to be a living room cum playroom as I have initially opined at the outset of this second section; during its run one can pick up clues of this environment. However the environment itself is congenial to the dual impression that the content delivery invokes in the viewer, firstly, that the babies are listening to a presentation. Secondly that the diversification of the babies as a metaphor for Telkom reinforces the idea that the presentation is meant to reach different people as it is evident when one considers the different personalities of the babies.

Almost twenty years ago in South Africa, following the invasion of satellite or cable television in our homes through DSTV we’ve recently seen the proliferation of alternative platforms of home entertainment crop up such as Apple TV, VIDI and now – Altech’s NODE; the DSTV Explora’s Ethernet must be activated as soon as possible to enable it to benefit from Telkom. At this instant, in this article, we’re on the verge of being able read too much into what Telkom wants to say to us thus we can state unflinchingly that Telkom will continue to be relevant as a telecommunication company as it makes our homes entertaining, connected, fun, as it brings us together, speed(il)y, cool and happy through internet connectivity. By way of summing up then this advertisement is a glimpse of Telkom’s continuous contest within the telecommunication market competition arena.

It is clear that the two advertisements, though using babies as prominent elements or device within their architecture respectively, do not deal with the same content. Similarity though it is the surprise elements of fetuses singing or babies speaking which as an erected a myth astonishes us. These myths draw our attention to the intended content that each of these advertisements seeks to deliver – ‘fresher experiences of what they are about’. I consider these two advertisements as fresh and clever in the way they make the viewer consider the infancy of experience itself.