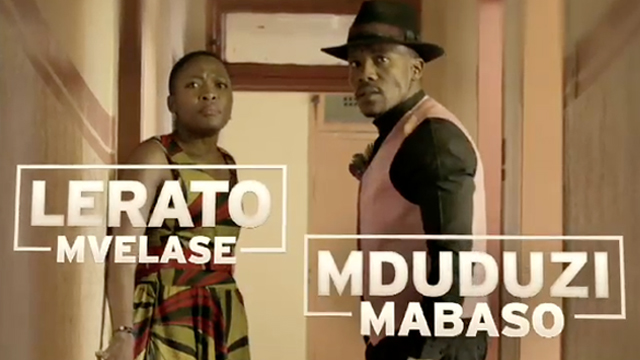 Lerato Mvelase (as Refilwe) and Mduduzi Mabaso (as Motheo) in For Love And Broken Bones. Image source: http://cdn.dstv.com/mms.dstv.com/Content/Images/DStv/Mzansi/Promo/mz_promo_for_love_and_broken_bones.jpg

IN the face of modernity any society that sees opulence in abundance is bound to have victims that fall prey to a misunderstanding that opulence is the birthright of everyone. From the urban centers of our globe to the hinter yards of our miserable townships both the immigrant, rural or foreign, and the city slicker fall victim to this perception. On the other hand the inevitable movement towards the city robs those dear to the immigrant of a precious time. It is bound to leave their family bitter. Throw abuse into the quack mire of the migrant sojourner’s time at home during the holidays you’ve got a family whose scars runs deep. And somewhere in the shadows of this played out theatre an unscrupulous puppeteer gingerly, a mashonisa (creditor) to be clear, jolts the situation to their favor to rake out some money here and there with unreasonable interest.¶

END_OF_DOCUMENT_TOKEN_TO_BE_REPLACED

Lerato Mvelase (as Refilwe) and Mduduzi Mabaso (as Motheo) in For Love And Broken Bones. Image source: http://cdn.dstv.com/mms.dstv.com/Content/Images/DStv/Mzansi/Promo/mz_promo_for_love_and_broken_bones.jpg

While this is a tragic story, which even the undiscerning viewer will learn to accept as soon the credits roll up and the debate is won between that mug of steaming coffee or a nightly snack. It is not debatable that we’ve seen this film before. The film’s context is its ace. It does offer a delightful setting by way of location though. The acting, which is dotted by actors associated with the Bomb Shelter, is of the finest quality. The cinematography is clean and experimentally in the league of its own. Mduduzi Mabaso is believable as a troubled hero. Lerato Mvelase holds her ground as a staunch woman making ends meet to raise her child in a loving home. …yes you are right to assume that the protagonist is telling the story from the great beyond.¶