Henry James once wrote of Paris as a jewel, a city where what “seemed all surface one moment seemed all depth the next.” The same might be said for the ecstatic portraits of Nelson Makamo (b. 1982): rather than capture a single aspect of his subjects, he reveals their many facets, changed by the cast of light or by who is looking. In drawings, watercolors, monotypes, and oil paintings, the Johannesburg-based artist portrays children, his young cousin Mapule Maoto as well as strangers and acquaintances, often from his native province of Limpopo, South Africa—in all the complexity with which he encounters them. Radiant marks in explosive, varied colors cohere into the gestalt of Black faces. While Makamo is drawn to the simplicity and hopefulness that imbues the child’s perspective, we also see in his faces the glim­mers of hesitation, generosity, skepticism, grace, vulnerability, distraction, patience, and eagerness. That is, we see the abundance of what is always just behind the eyes, and in that abundance, a univer­sality.

In several of the works, wonderfully bright, oversized eyeglasses emphasize the act of seeing and the impact of being seen. “I believe that art can make you look at someone differently,” he told writer Enu­ma Okoro, “and I’ve always wondered, if we ignore other people, and fail to see them, can we still truly see ourselves?” Taking a cue from the openness of his subjects, Makamo works intuitively, without blueprint, foregrounding expression and experimentation in his practice. At Makasiini, Makamo will pre­sent his first exhibition comprising entirely of portraits. All but one were completed in 2021, since the pandemic, carrying with them a new appreciation for the intimacy and distance that together make up our conception of one another. Nelson Makamo, lives and works in Johannesburg, South Africa.

Johann van Heerden’s Art and Gallery in Garsfomtein unveils FABERGÉ Exhibition on Sunday 02 May 2021. This exhibition will run until May 31. More than 80 ceramic artworks, inspired by the House of Fabergé, will be on show. For more details you can reach out to the gallery:

In what has been planned as a monthly event, Mme Beutispot Bridget Makhubela of MACFO (Mamelodi Arts and Culture Forume), points out that the purpose of the market is to give local artists and businesses a platform to market and promote their business. The forum also sees this as an opportunity for creatives and their entities to also connecting with the community and stimulate other possible business opportunities.

Gather ye Rose-Buds while Ye May

According to BKhz the concept of this exhibition was stimulated by the late Bob Mabena’s last words shared via Instagram on the 9 August 2020 before his passing. In that post Mabena, a legend in the radio waves and at that time Power FM radio host and station manager, remarked “Gather ye Rose-buds while ye may, Old Time is still a flying and this same flower that smiles today. Tomorrow will be…”

These words sparked the conceptual theme for a group show that the BKhz Team was working on since late 2020. More than ten artists were invited to participate in this group show. Invited artists were asked the simple question, What are you living for? This promises to be an exhibition worthy of being seen as it present a mix of contemporary artists working in both divergent and convergent themes and art media. Gallery visitors can expect to see the work of Zanele Muholi, Turiya Magadlela, Ke Neil We and Banele Khoza, whose name is paired with that of Upile Chisala, just to name a few of a notable cast of artists who have responded to one of the existential questions confronting humanity. Please refer to the reverse poster for the full impression of featured artists.

For more details, please reach out to the gallery HERE

The exhibition Mintsu Island explores the concept of emigration as seen through the eyes of the artist Nkhensani Rihlampfu, comfortable both in traditional and new media, his work covers sculpture, painting and drawing.

‘I view a human’s body as a multidisciplinary limitless machine to accomplishing
any imagination and thought. Hence most of my works are human figures –
sometimes heads that have to deal with the acceptance and rejection of this
earth since humans are interwoven with this world.‘

He remarked in a text accompanying his work in the catalogue of the exhibition, Special Relations (28 November 2015 to 29 Jauary 2016). The labour intensive process of working with cotton rope, a medium he is currently immersed in; in the construction of his figures, connects with the labour industry, one of the causes of emigration. With this medium, Rihlampfu’s sculptures charts a new visual language that engages with socio-economic issues.

Nkhensani Rihlampfu (b. 1988) matriculated at Hoërskool Nylstroom, Modimolle, Limpopo in 2007. He studied fine arts at Tshwane University of Technology in Pretoria, where he majored in print-making and went on to obtain B-Tech in Fine Arts in 2011. He is the overall Winner for Pool A – ABSA L’Artelier 2019, with his work Land Intercessor (2018/2019). Over the years Rihlampfu has been involved in several art programmes, held a number of exhibitions and has completed notable commissions. One of the commissions he completed was in 2009, a painting for the Constitutional Hill, Johannesburg.

Nkhensani Rihlampfu’s work has been exhibited in The For Sale Project Exhibition (2011), The Jo’burg-Jo’burg Show (2014), the FNB Joburg Art Fair (2018) and The Turbine Art Fair (2014, 2017 and 2019). In addition, Rihlampfu has held solo exhibitions with MMArthouse in 2019 and was a Turbine Art Fair feature artist that year. During the years 2013 to 2016 he worked at the Workhorse Bronze Foundry where-in he was involved in bronze casting sculptures of prominent South African artists such as William Kentridge, Louis Olivier and Nandipha Mntambo. He worked also worked with Nelson Makamu in 2019 and Nicholas Hlobo in 2020.

Morapedi, the one who prays

‘Morapedi, the one who prays’, Lerato Lodi’s much anticipated solo exhibition is now on at North-West University Gallery. Through her work, Lodi investigates her curiosity of the intricacies of dual spiritual practices prevalent in “Sebaka sa Badimo”(a shrine or a sacred ritual site) fundamental in traditional African spiritual practice and the church as an important space or setting of worship for Christianity.

Data supplied by Studio Nxumalo, click HERE to reach out to the studio for further details.

Missed the opening? You can have the virtual tour of the exhibition HERE:

Mxolisi Vusimuzi Beauchamp’s curatorial debut Coffee + Medium is still on until the end of April 2021.

Following BKhz Studio’s relocation to Rosebank at the end of 2020, Banele Khoza laid bare his personal thoughts in a body of work consisting of acrylics and mixed media works produced during COVID-19 Lockdown and beyond.

Disclaimer: The information appearing on this page has been prepared in collaboration with artists and their respective studios.

Intraparadox, An Interview with Themba Msiza

Intraparadox, An Interview with Lerato Lodi

Tell us what you think Cancel reply 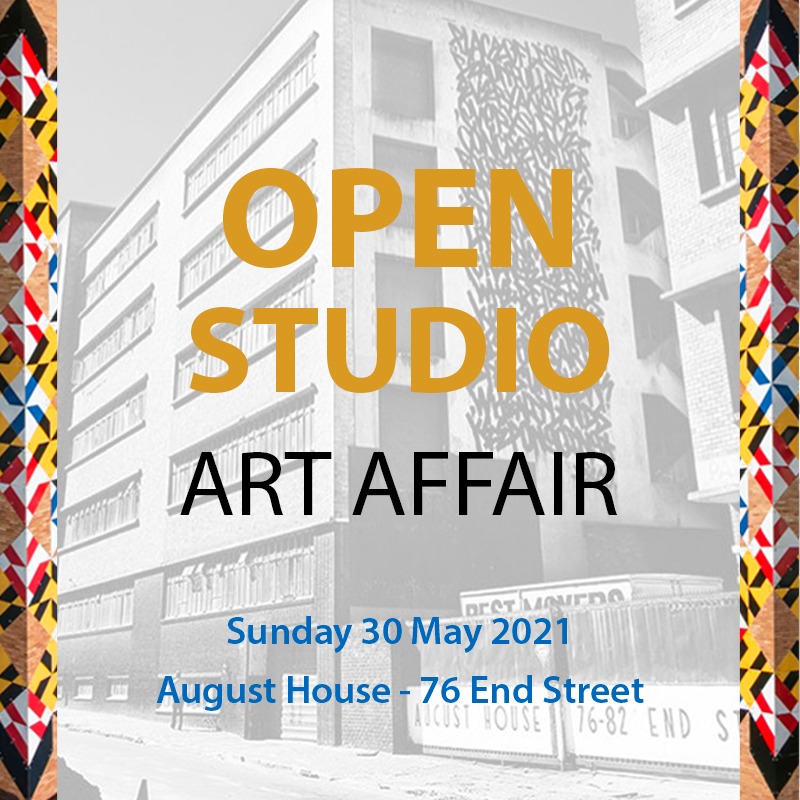