/not valid or legally binding/completely empty/ 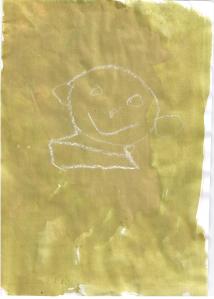 Today in South Africa a void persistently makes its presence felt among the youth as far as a lack of plan to rescue them from the misery of unemployment is concerned. One thing we have to acknowledge at the outset of a discussion for job creation to which is an essential aspect to the development of the working class is that you need to connect that discussion with labour reserve, which is whether you do have people who are skilled enough to move into industries that make a country prosperous. You will also have to acknowledge the skills-needs of your nation and position a mechanism in place to address training and teaching in the industries that adds up to the smooth running of an economy.

In South Africa, like in any other nation out there that has a vision you need to be mindful that our youth is varied. Some are educated at varsity level while others have left high school with only a matric certificate and had not been able to progress further due to lack of resources, while others are drop outs that could not succeed in the structures of our formal education system due to its poor form, and lastly others are dropped outs due to social ills either inflicted upon them or self inflicted. Thus lack of job opportunities affects all people from different social conditions and experiences.

Now the self proclaimed vanguard of democracy, of the working class and the savior of the poor people in South Africa: the Youth League of the centre of power, The African National Congress, has ventured within the void haphazardly to argue that nationalisation of the farms, the banks and the mines in our country is a way to alleviate poverty. This statement has thrown our country out of balance by threatening the security of these entities.

The league argues that since the ‘hand-over’ of the farms as part of the Land re-distribution program has failed, should nationalization take place the farm owners should not be compensated. The league poses in this stance at a time whereby the country is tormented by a high magnitude of farm killings and the falsetto sing along chant of the controversial song proclaiming the killing of the farmers (kill the farmer, kill the boer) is resounding in the background.

Can Nationalisation work? Is it a just thing to be done? Is it democratically right? Since I am a seeker like you I’ll just let these questions bubble up and cloud. Perhaps within the ensuing present meditations we will find a pin that will pierce them to become a myriad of possible solutions. And who knows we might just find one that is suitable for our present preoccupation. But let us think a little bit about the youth leagues stance – by all accounts, nationalisation of the banking system, agriculture as well as the mineral wealth of this country would’ve suited a plot in an alternative apocalyptic version of the New South Africa. A catastrophic version that the 1990’s ANC, under the guidance of the mighty elders – OR Tambo, Walter Sisulu and Nelson Mandela to name a few, cool headedly shied away from. In that scenario, to satisfy its lust, the ANC would have taken power by force from the Apartheid regime and drove the oppressor to the sea, such is the metaphor. In that alternative dismal South Africa a repressive regime would have been entrenched while arguments for an erection of a Rainbow Nation would’ve been heresy. ‘Democracy for all’ as we know it today would not have existed and it is imaginable that divisions within our diverse nation would have been prevalent.

Stretching our imagination further by toying with this doom scenario a little bit, to whom would the league be proving a point today when it takes all assets by force? Will it be to the poor and uneducated? Yes it would be. But who will benefit after the takings. Will this be a viable solution to the trouble the country is facing today in terms of accountability or to soon face if nothing is done of our various weak structures that runs our society? This cannot be a possible solution since the issue of who is better qualified to run these industries, should they be handed over, has not been addressed by the stance that the youth league is making presently. Could this coup d’état cope with smooth running of these entities? For a state that has struggled to put into place a viable infrastructure for its citizens as far as roads, housing, sanitation, health and educational systems are concerned there is too much doubt that that forcibly inserted regime will cope for presently there exists no development in the latter remarked social service structures. We have witnessed a delivery that has been slow and stunted and services that exists are poorly delivered.

In a democratic state a negotiation for land should be approached in a sensitive manner. South Africans need to engage in a dialogue without sulking centered on objectivity. Otherwise why opt for such a state in the first place if some citizens would be disowned of what they believe is rightfully theirs and perhaps they can even proof it beyond reasonable doubt that their farms or mines belong to them and the challenger only has historical documentation to argue that the former should just hand over the concerned property. By taking the farms by force the league will displace farmers and their families or are we degenerating into an uncaring society? We should be mindful that the new owner, in either in the mine or farm seizures would also have to inherit the workers as well. Could they? There’s another topping for your buffet in a country broken down by nepotism.

The league should come up with a logical plan should it wish to appeal to even the so called liberal blacks or coconuts who scoff at their gesticulations as nonsense. If the league of the center of power respects the livelihood of South Africans (and I mean it in its true sense – all South Africans regardless of colour), then as a self proclaimed vanguard of the poor, the dispossessed and the proletariat it should cool headedly propose a sound plan that will appeal to all South Africans who still believe in the democratic state of this nation. You can quack your philosophy about how much you want to go it alone but here is a spanner in the works – do you have the skill and the experience? This question leads us to my last section below.

What we need today is an attractive system that will attract confidence in foreign investments. War or struggle should be against poverty in such a way that food would not be taken away from other people’s mouth. Economic development that the League of the center of power should insert against poverty should be a creative one. As a way of closing my deliberation herewith I offer a suggestion:

Take mining for instance. And be open minded as you do so. Amidst the high rate of unemployed youth there are university graduates with engineering or related fields within the mining industry who crave the opportunity to do their practicals or in-service training at an actual mine. The youth could propose a strategy whereby those who are unemployed are attached to mining sites to do their practicals for a period of a year at the end of which the candidates will be required to undergo assessments by the mining companies for competency following their one year in-service tenure with them. Here what you need will be the involvement of the trade unions as moderators. The youth league can officiate the processes to identify and place unemployed youth with the appropriate fields in line with their qualifications. Is the National Youth Development Agency not suitable for this role?

Let us carry on, upon reaching assessment and completion of the In-service successful candidates can be placed in competent long term contract environment if not in permanent positions whereby they can reciev further traning and development, now as assets to the company and government. In this way the mines can retain the rains of control however those in charge of them have to see to it that they plough back into the future of South Africans by assisting in job creation by investing in its people, appropriately. Here then entitlement is earned not seized. If it is earned it will be protected and nurtured. This venture then can necessitate a scenario where wealth is distributed responsibly. At the moment it is not false to assert that the mining bosses are reaping the rewards of the workers. This proposed approached to revitalising our potential energy could be a possible way of the mining mogules giving back to poor people of South Africans. It is a regenerative approach to development that takes advantage of the resources that already exists in the industries threatened by Nationalisation by sensibly accommodating them to role play in  a revolution for better not for worse. Herewith the labour movements or unions role is clear. They can moderate the process. And the youth movements of the various parties can converge but be delimited here, since labour will take over. This model of regeneration of our varioius industries threatened by nationalisation can be adapted throughout.

Finally the various political youth movements en masse in this country has not visibly addressed issues and challenges which threaten youth development between the years of schooling and varsity; this is where their attention and energy can be best applied; that is their arenas as far as being youth units of their respective political parties is concerned. I am now speaking in general as far as political youth movements are concerned.

The battle of employment and job creation should not be a fight that youth movements should battle alone without a voice of reason. Rather they should meet the trade unionists halfway; make no mistake, we are grateful that the youth league of the center of power, ANCYL, has raised from within their confines an outcry for wealth re-distribution having patiently wailed on the sides while no whiff of movement occurred from the rich to share the wealth of this country however this is a complex issue which needs cool headedness. Force will not do. Our labour relations are still not clearly resolved. Is it not a tradition in South Africa that once a year, around this time, various trade unions take to the streets to demand wage increases? What does that have to do with my deliberations? well one thing, let us organised labour relations while we look at ways to absorb potential labour, the youth, this way the converging point which is wealth redistribution will be done justly and responsibly. Not forcibly and devastatingly.