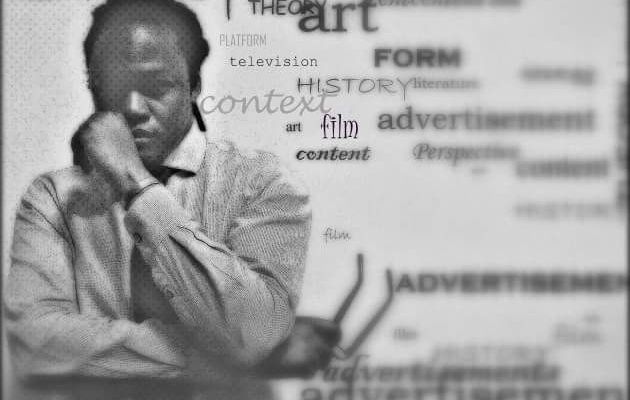 ‘the state of being away from a place or person’

At this time of the year people make resolutions to do better in the New Year. For a guy who does not make resolutions I think it is great if the resolutions that they have made the previous year have been realized even if it is partial. Whichever way you look at it this is the time of reflection. A time of taking stock of things. I am not a guy who shoulder New Year’s resolutions very well simply because I just think resolutions can be a strict way of living one’s life. Since in the past when I made resolutions I tended to drop them quarter-way in the New Year after a stern concentration of seeing them through for a spell.  Look, I acknowledge that there are moments when one just makes a decision to do something with their life and the pursuit it naturally. For some people it comes without effort. Like those artists who work day and night, throw consignment all over Gauteng in hope, topped with some spunk, to withstand the torrents until someone gives a big break.

Following my 2008 graduation from UNISA I took a long break from studying. Let’s say it was a resolution to rest a bit. Initially I planned that it would be for a few years but it ended up being nine years. I remember at the end of my degree one of my lecturers urging me to go on. With a twinkle in on of her eyes, some window in her office flooded the room with that brisk morning light at the UNISA main campus on floor_, as she buttered the last syllables. ‘…anyway academia would like to have people like you’ she breathed as she enthusiastically jostled with my mind. I had other ideas in mind, like writing for myself for instance and continuing to be a guide to a number of young artists I was acquainted with through my work at the art museum. I was content. Here was someone stirring storms.

The expression: academia would like to have people like you, was to become a harbinger of sorts over the years as I jostled with white intellectuals about the nature of the visual art object within a frail visual art infrastructure that is the City of Tshwane.  I hated it, like I hated the affirmative action scenario within which I entered the visual arts industry back in 1999 following the years between 1996 – 1998 wherein I worked as community art teacher to kids in Atteridgeville.

Nine years was to pass in which I committed to my writing and work with the art museum.  I am not sure what I would’ve ended up pursuing by way of postgraduate studies if I had continued. On the one hand was Literary Theory and on the other History of Art. I would’ve taken one of them further. But I never did. At one point, it might’ve been 2009 or 2010 a friend asked why I did not continue with my studies. He said ‘you should’ve carried on with studying’, this brought a bit of existential turmoil. But I reminded my self that I wanted to live.

This year I gave in. It was time. When I announced on my page on Facebook that I was away on intellectual gymnastics I was alluding to the fact that I had gone back to academia. So my writerly antics took a back seat and I also had to take a back seat and eat humble pie in order to learn again. It has been interesting, perhaps some of the experiences will filter through the next series of short jots I will be committed to. I also hope to include one of the pieces that I wrote this year in order to indulge the reader.

The challenge in our country is that those who are privilege to go to institutions of higher learning they face the prospect of not finding a job after graduation. It is an emotional moment when a graduate has moved from pillar to post and realizes that the job prospects are very thin if not non existent. Perhaps one day our institutions will have to be honest enough to say ‘when you come to us you will be taken through an assembly line to be prepared professionally. Depending on your temperament you may be unemployed or you may create your own work after your graduate’. What we can come to understand is that a period of making promises has passed•