Quite interesting as we move towards our next forth coming democratic election is the fact that the final appeal to us to register to vote was organized in February, the month of which the 11th day of marks Madiba’s release from prison in 1990. The teaching of that historical moment was not exhausted let alone touched on, as the campaign ensues. Someone reading this article may as well roll their eyes inwardly with impatience. However they will be missing the point that we are witnessing a remarkable transition in African history let alone the history of the African people as far as charting our history and our destiny is concerned. We are in the midst of the soap opera of change and it can be dizzying sometimes because the events are not reported in retrospect but in medias res – in real time as they take place. Individuals’ and organizations’ awareness of this fact can put people in an advantage position to take charge of the situation and ultimately lead them to a fruitful desired state of development or on the contrary ignorance can lead  the nation into destruction of African future. Africa must rise! And it will take Africans to uplift it.

I have just been through a weekend which, in my uneventful life, can be sampled as a rare germ in terms of its enlivening effects to my rather lethargic weekends. At the opening of the last week of February I got an invitation to attend a lecture at the Centre for African Renaissance Studies, Unisa here in the capital. Fortunately my mother was coming over to spend time with her grandson. Her coming over gave me the chance to slip away for a few hours to the Centre whose existence has been hovering at the back of my conscience, ever since I stumbled across it in its accompaniment of Prof. Shadrack B.O. Gutto’s name in several of his television interviews and comments concerning Africa and its state.
The coordinators and the people attending the event were warm and welcoming. It felt as if I have been attending events at that institution from ever since. Guests were treated to an African lunch meal of Pumpkin, Spinach, Tomato Gravy, Mielie Pap and Juicy Stew.
A couple of people I know also pitched for the lectures. So as far as companionship is concerned, at this unfamiliar place which had a sense of familiarity to it is concerned, I was not wanting. I must congratulate Ebukhosini Solutions and Azani Nuru for the splendid organization of the guest speakers, also for the mounting of Cheikh Anta Diop’s Exhibition of his life’s work as well as Brother Buntu for making Afrikan literature available, for me it was educational. But what was this event all about? It was about Africa, her presence state in reference to Sudan through Dr. Samba Buri Mboup as far as government of national unity which has been established recently in Sudanic is concerned and the referendum that will be signed in 2011 the and the implication of it to the rest of Africa; Dr. Mboup cautioned, that Africa’s future with regard to sensitization of African people to their identity in terms of pre-colonization, colonization, and looking ahead, post-colonial Africa is of chief important to curb out future conflicts internally. This was a plight to espouse awareness about the problems facing Africa, our continent. While opening these discussions Mpho Mothoagae reminded all present that historical depiction of Africa from a western perspective should be rejected and revamped from an African stance so that it can be endowed with truth not humiliation; these depictions are presently rich degradations on teh part of teh African contribution to World history.
The main speaker was Prof. Catherine Odora-Hoppers whose topic Identity, Culture and Knowledge in addition to offering a different approach for the alleviation of Africa’s challenges was a historical exposition of our continent’s past. I shall come back to her just now. There were also three poets who shared their poetry with all present embedding the main presentation. I feel proud to know one of them personally – Percy Mabandu.

Unfortunately I did not take notes during Odora-Hoppers presentation. With all due respect the reader will bare with me; however I have tried to pick up the essence of the lecture and I feel that there are key points that stood out for me and it these points that i will like to turn to presently.
One of the key points was the fact that about 88 African states were colonized by 8 European countries who legitimized their rights to the resources of those African States while they suffered poverty and degradation and submission. Using slides verbal enunciation Odora-Hopper also tied the entry of Europe into the continent with the age of imperialism (that was preceeded by missionary work)to expand Europe territorially and commercially. Two slides stood out in that presentation. One, showed Africa in pre-colonial period. What was remarkable here was how the ancient states seem to encompass all the states that were neighboring them without bias of borders in a somewhat osmological formation. This slide in particular demonstrated a fact which is pivotal in understanding our relations to one another as Africans – that there were no borders dividing Africa to the states that it finds itself divided into presently. When you look at how varied and amalgamated they were (the ancients states), one got a sense that in pre-colonial period there existed no separation amongst Africans. The partition which continues to dictate terms of association and accommodations today in the continent were created by the colonialists; in turn breeding limitation and resentment amongst Africans and ultimately in the long run self hate.
You will begin to get a sense of the xenophobic attacks we experienced last May by now; that it was bred into us from time immemorial which was somewhat, I come to think of it, what Odora-Hoppers indirectly implied.
The second slide which, for lack of flair and vocab’ of Odora-Hoppers, I will attempt to describe to you: It showed three layers which illustrated how violence against humanity in the face of revenge and survival gets bred. This was illustrated by using three parallel line bars in a vertical formation; In the bottom line, violence is harvested, say those whom you wrong start to feel the pain and are able to identify that they are being wronged (potentiality to violence is born). Second line, in the face of continued violence, the wronged, prance to strike back (potentiality violence is legitimized) and lastly with the top line violence as revenge and a savage undertaking is endorsed by the two bottom lines and put into action (effect/revenge). In other words crime against humanity is justified.
This is an important lesson to remember in that we keep thinking that action is the result of a single provocation all the time, we mostly neglect to consider that it is potentially given impetus by continued motivation for it to be committed.
Does Odora-Hoppers offer a solution? Yes indeed she does and it is an African solution. She pointed out that the first thing to acknowledge is the cause. To ask how Africa/Africans got where they are at the moment and to try to restore our dignity in unity and skills sharing rather than isolate people (other Africnas) based on ethnicity and mark them as potential hazards to our individual progression and survival. Here caution was sounded for the fact that individualism is a Eurocentric tenant not an African aspect in terms of progressive thought within the African context.
How then will Africa find its way into the future? Odora-Hopper specifies that a vertical and horizontal movement will have to be adopted by us Africans in our attempt to reclaim the rightful place that Africa deserves in terms of civilization. By vertical movement, Odora-Hopper, points out that while looking ahead into the future Africans must acknowledge the past so as to learn from it while simultaneously avoiding past mistakes in our progression towards the future. In the Horizontally movement she maintains that Africans should look around at the status quo of Africa and devise solutions to the problems facing the continent by taking into account that the solutions offered will also affect other African states – thus sensible solutions considerate of other African states should be borne in mind at all times – practical African solutions.

What an education stance this is because then it makes it possible that the African sense (Ubuntu As Ndumiso Dladla argued in ‘The Philosophy of Ubuntu’) of doing things is once more revived to its ancient state as it was prior to colonization. Odora-Hopper here is offering a universal solution to the African way of maneuvering around unnecessary conflicts and social challenges. As much as I have tried to report to you verbatim of what I learnt at that lecture I feel I am somehow failing you, for it would have been better for you to attend personally, but none the less I still feel that the learning will have been the same to you as well. After all is Africa not the ancient home of humankind?

Much to my delight Odora-Hopper in one sense concur with what I have said last May 2008 concerning the terrible xenophobic attacks. To read what I said back then please feel free to link up to:

you may also read Mda’s Cion’ review for my comparative reading of that text against the argument for qualifications on being defined as African, link up to:

For interest sake the Centre for African Renaissance Studies is situated in 287 Skinner Street, in the City of Tshwane.

Africa, Salutations unto you as you rise up and the Eurocentric attitude bow out to take the back seat.

*
1. Cheikh Anta Diop (29 December, 1923–7 February, 1986) was a Senegalese historian, anthropologist, physicist and politician who studied the human race’s origins and pre-colonial African culture. He has been considered one of the greatest African historians of the 20th century.(see Wikipedia for more information)

3. Mpho Mothoagae
Mr Mothoagae is a lecturer with CARS and researcher within African languages, IKS, Indigenous Peoples and African Renaissance. He is involved in Kgautswane Community Development Project, the National House of Traditional Leaders and Tshwane Traditional Healers Forum.

4. Prof. Catherine Odora-Hoppers
Prof. Odora-Hoppers is a policy specialist and senior consultant to multilateral and bilateral agencies on international development, North-South questions, social policy, disarmament, peace, and human security. In 2001, she was appointed by the Minister of Science and Technology to lead the Task Team to Draft the National Policy on Indigenous Knowledge Systems (now under full implementation), and redraft the Legislation on the same. She has served as expert to the OAU, United Nations World Intellectual Property Organization (WIPO) and UNESCO She is currently the holder of the DST/NRF South African Research Chair in Development Education at UNISA. 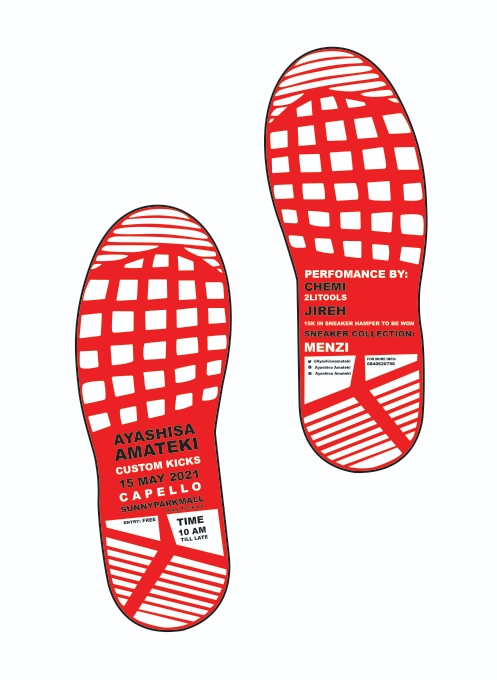 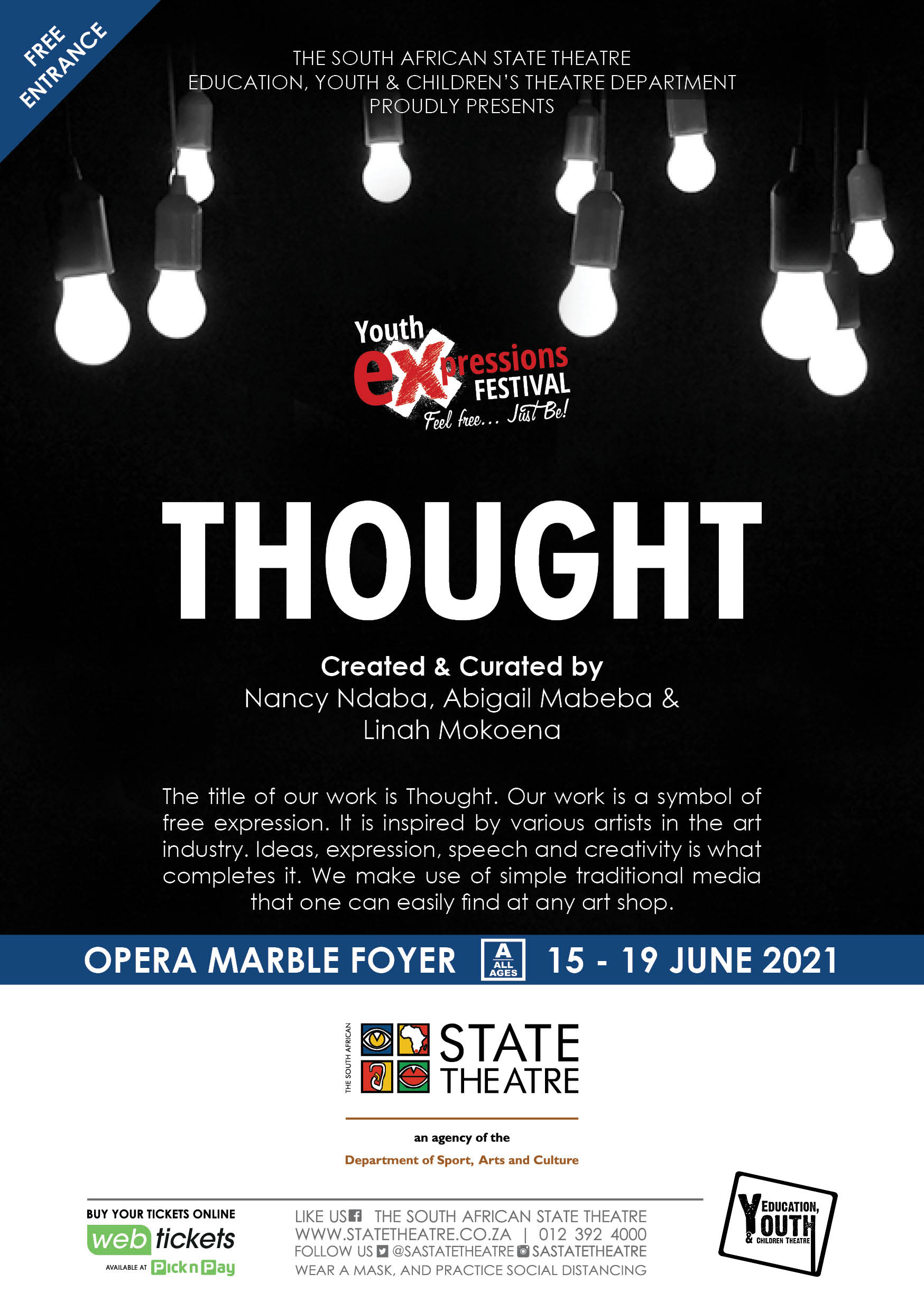 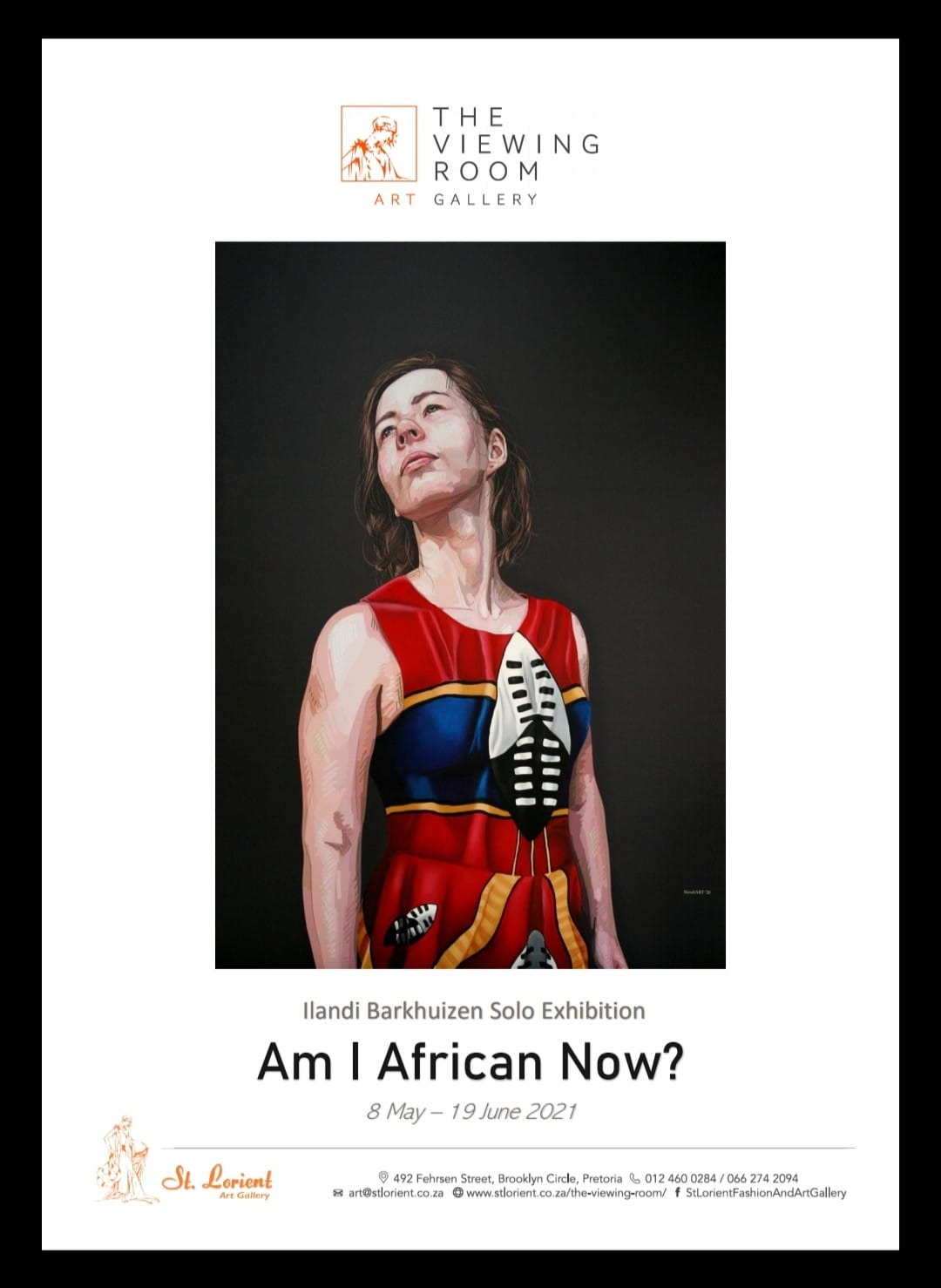 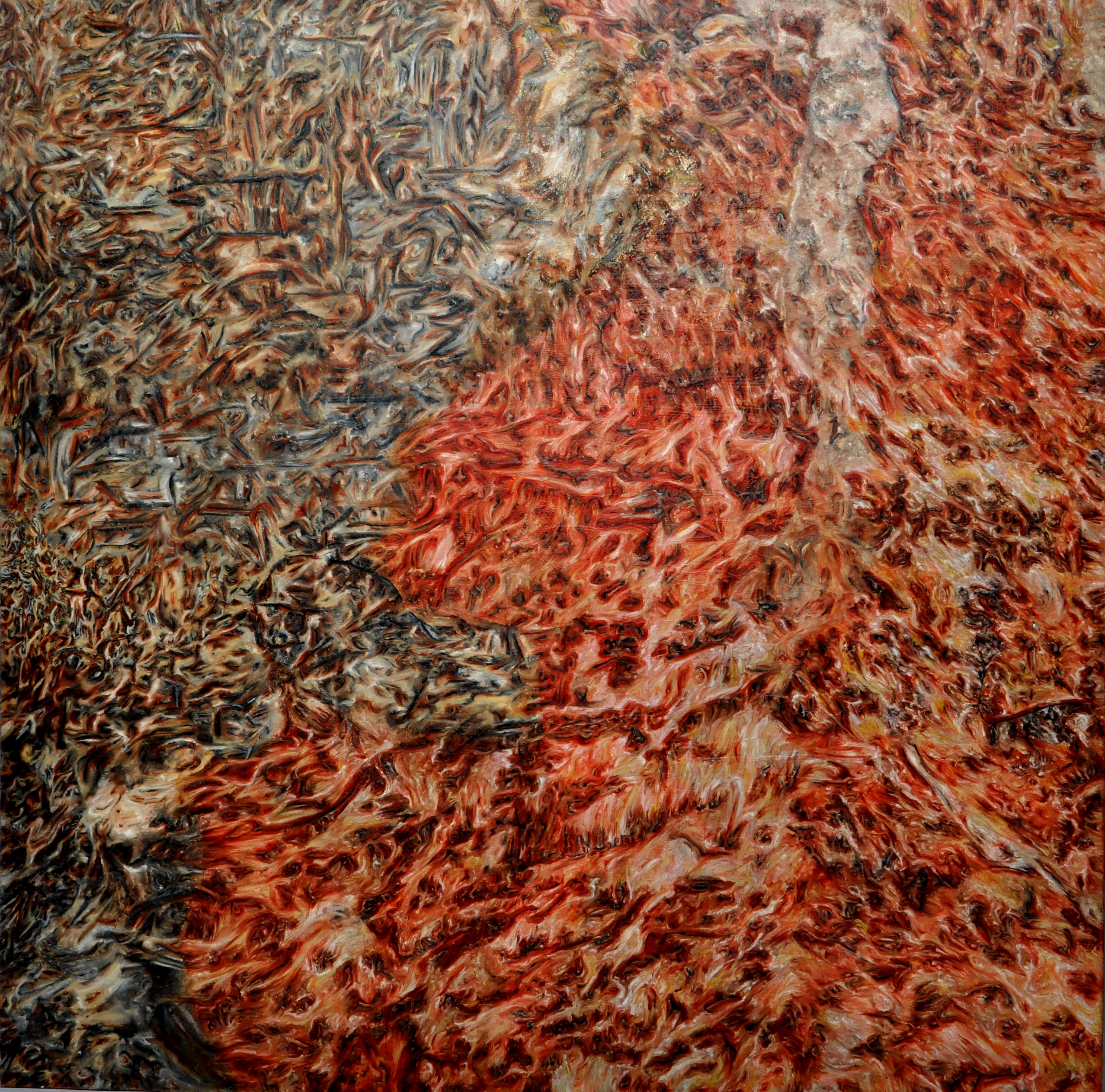