Τhere are works of art that braves to tackle contemporary issues with verve and hold water while doing so and there are those that do exactly that within the confines of a small canvas scale, as far as cinematographic time accorded them is concerned, and manage to just get it perfect, leaving no loose ends and nuancing the demise or triumphs of the human spirit for us to think about. Thapelo Motloung’s Itshitshi (2017) fits snugly into the second paradigm∇

END_OF_DOCUMENT_TOKEN_TO_BE_REPLACED 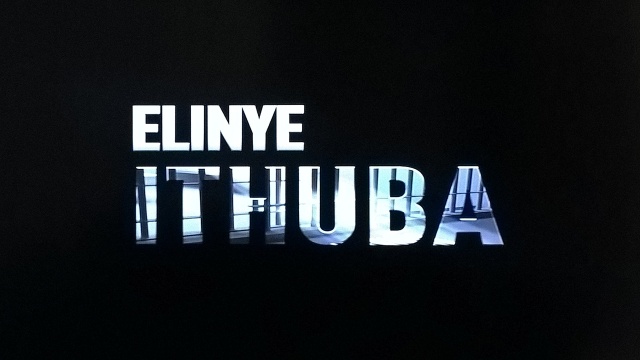 Τhere is a moment in Elinye Ithuba wherein Dumisani (Blondie Makhene) and Hlengiwe (Slindile Nodangala)are reminiscing about the past and laments the time that Dumisani missed while he was in jail and music is playing in the background. Jovially he asks her who is the musician playing this good music and Hlengiwe responds that it is Blondie, surprisingly Dumisani exclaims that who would’ve thought that Blondie would still be singing after all these years∇

END_OF_DOCUMENT_TOKEN_TO_BE_REPLACED 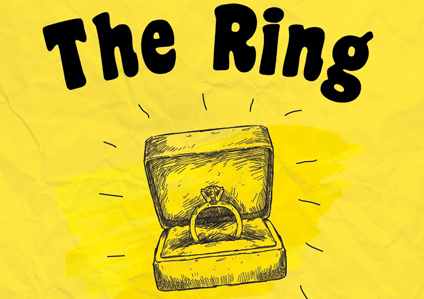 There are works that simply repeat what we have seen before by just changing the context within which their narratives are rooted and then push the narratives towards us. One, supposedly a discerning viewer, can forgive such narratives for their repetitive swing if they are adorned with strong points in their construction. If the work is revisionist in its take of the subject matter concerned then the discerning viewer is in for a treat. If there is a lack in this regard but the work makes up for it in its actors performances or its production design which may represent a strong center point in the delivery of the narrative, the viewer – discerning or lay, may be forgiving as far as the failure of the work to advance story telling is concerned. The Ring, which falls in the latter spectrum is rescued by an ensemble of its actors as it tries to impress¶

END_OF_DOCUMENT_TOKEN_TO_BE_REPLACED 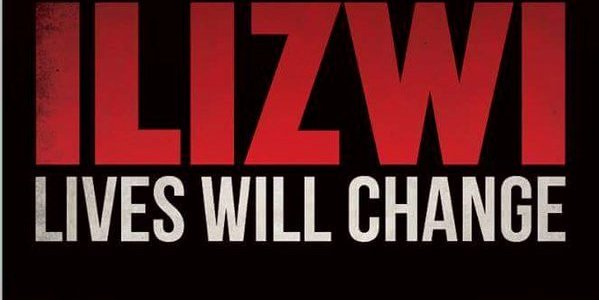 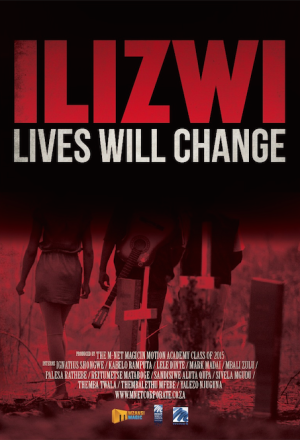 The story of paranormal activity with a twist of traditional African beliefs has been told before. In any case it would seem quite weird but not impossible for a protagonist to be inserted in a story set in South Africa wherein they are mysteriously blessed with telepathic prowess without attributing their power to some ancestral lineage. Imagine if there was such a film? Contextually speaking the creatives involved will have to push the imaginary envelope where no one has gone before. That place does exist. It is outside of the box¶

END_OF_DOCUMENT_TOKEN_TO_BE_REPLACED

{⌉HERE} are moments in this film where the viewer may be jolted out of their stupor if not a comfortable couch. This is a paranormal outing and the film has a few surprises up its sleeve. What are the chances of two studs ending up sharing a house with a gorgeous roommate when they need a third tenant to split the rent with? Unfortunately a hideous wardrobe will see to it that there is no peace and harmony in the ‘big house’. You can think of the wardrobe as a fourth tenant because besides it being at the center of the story it is a catalyst that leads to catastrophic events as the motion picture narrative unfolds.

END_OF_DOCUMENT_TOKEN_TO_BE_REPLACED

{I} could not help it but think of Zulu Boy while watching this flick. Menzi Biyela cuts his teeth deeper into a fully fledged film. Unlike the Capfin advertisements he is synonymous known for here his acting talent surfaces. He stars as Mondli the taxi driver from Umlazi. He is brought to Gauteng by Baba Tshabalala a.k.a Mshengo (Emmanuel Nkosi) to work for him in the city with the last of his taxi’s•

END_OF_DOCUMENT_TOKEN_TO_BE_REPLACED

{If} you are going to make a film about a narrative whose juice has been exhaustively squeezed to the point of dry bone snap you will be a miracle worker to find anything new to say. Lehlohonolo ‘Shaft’ Moropane’s My Brother’s Keeper (2014) is one such a film. It’s a love tragedy. Is there anything that anyone can do with this theme? This is an attempt. I invite you to be the judge•

END_OF_DOCUMENT_TOKEN_TO_BE_REPLACED

FOR the most part, our society, through the family as its nucleus, pretends that everything is ok while secretly suppressing the nature of reality as is. The family is caught up by a yearning for opulence as a mark of prestige and progress or the wish itself to have more, by far and large the in-escapable feature of modernity. Often awesomely this situation, the acquisition of material comfort that is, is erected to the ire of those closer to home, our family members. If it does not breed jealousy that drives a wedge between siblings it draws us together artificially due to the material benefit boons it heralds¶

END_OF_DOCUMENT_TOKEN_TO_BE_REPLACED

The Gift continues the Ferguson’s crusade on their close scrutiny of our contemporary South African family when it is pitted against the demands and expectations of the world’s prying eyes. We’ve seen this concern in their telle novella, The Wild and their consistent drama series’ offering Rockville. The present work is shot with the same camera work intimacy characteristic of Rockville and the invasion of privacy approach or allow me to refine an expression I have used just now – ‘prying eyes perspective’ that has become characteristic of their work signature. There are moments you feel like you’re eaves dropping on what is being said or spying on what is happening when you view their work. While this film’s narrative is unoriginal, it is the flair with which perspective is given to the cracks of Motaung’s family as an organism that propels the film to stand its own ground in the annals of South African films; the work is freshen up in the way the cracks themselves are revealed and teased out from unexplored perspective. This perspective is the very deep seated conviction on how one sees and locate themselves within the family nucleus. The Ferguson’s The Gift delivers an interesting 4dEF’Points out of Five: ♦ ♦ ♦ ♦ /¶

There is clearly nothing remarkable about the plot of Ingoma, the new Mzansi Magic’s (DStv Channel 161) Original Film which premiered on 1 February. However it is the musical originality in treatment of its plot, as a performance text, in the hands of talented lead actors that foregrounds its nuanced message. Ingoma is a story about a talented young woman, Constance Dladla (Zola Nombona) an ardent Uhadi – a musical bow – player, who wants to break it into the music industry by auditioning for a lead backing Vocalist gig for an established musician. Raised by her single father Reverend Dladla (Timmy Kwebulana), following her mother’s passing, she has to perform house chores first before she ventures into the world.¶

END_OF_DOCUMENT_TOKEN_TO_BE_REPLACED 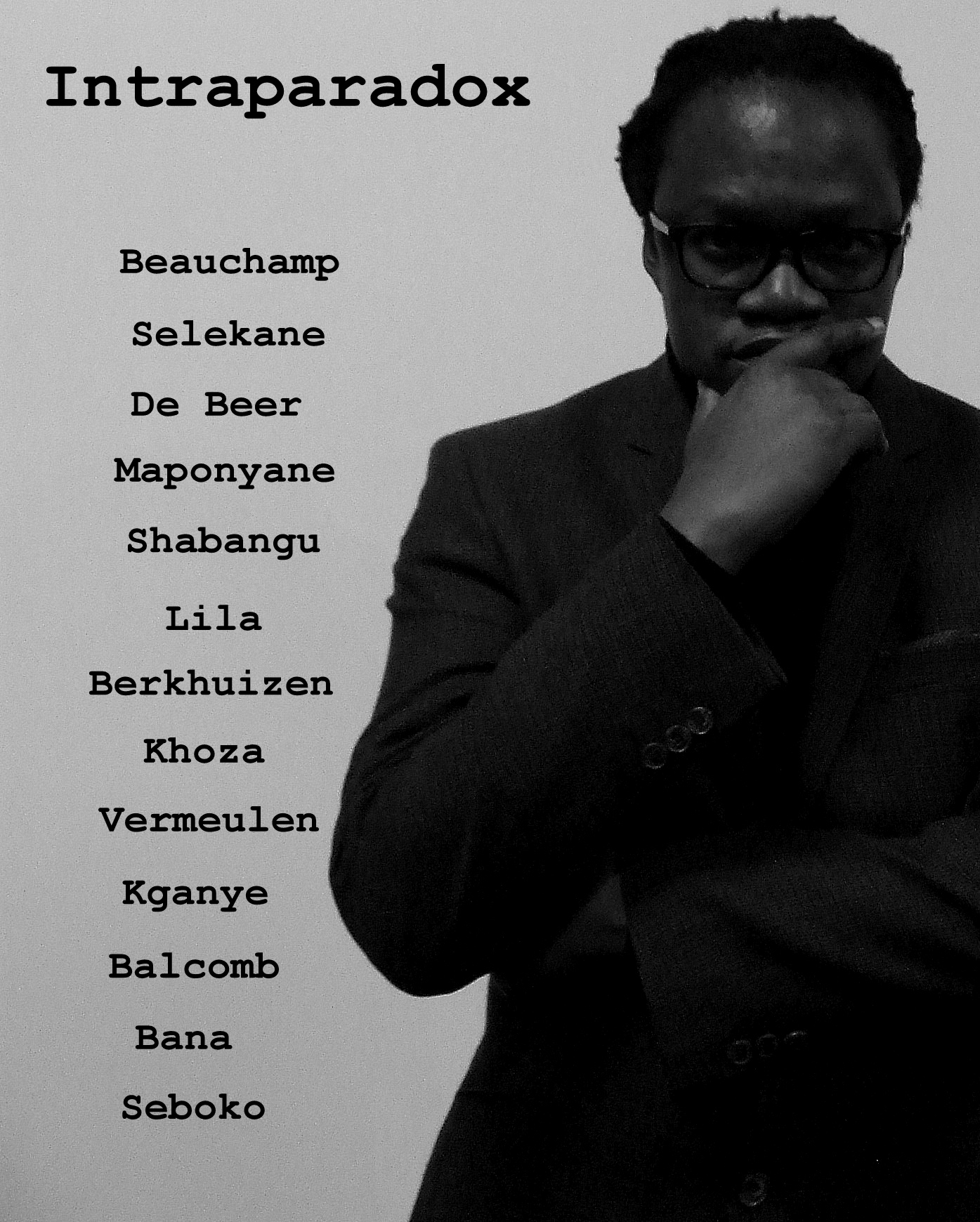